Swing your partner round and round: the New Los Angeles Folk Festival 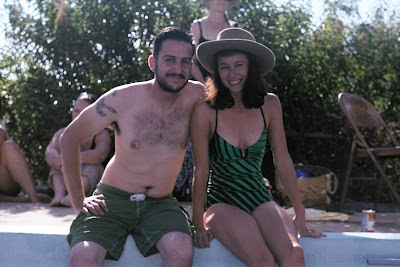 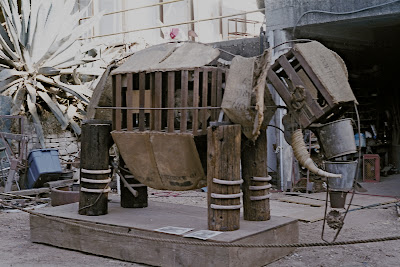 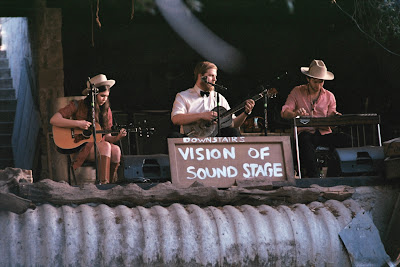 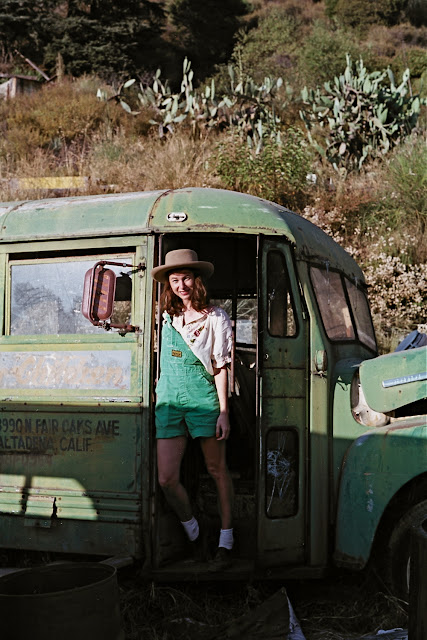 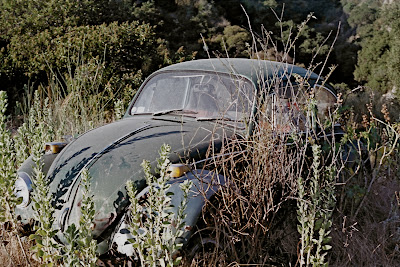 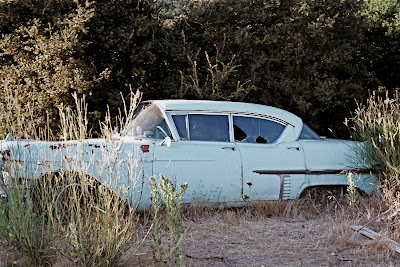 The New Los Angeles Folk Festival was the most fun I’ve had all Summer, maybe even ever. Pete, Jesse, and I drove up to Alta Dena in the 57 Chevy. The old car, already exhausted from the heat, sputtered its way up the steep hill to the Zorthian Ranch where the festival was held. With old cars, you’ve got to have faith and embrace the adventure. We made it there just fine.

The Zorthian Ranch looks akin to the Crybaby set - old cars abandoned everywhere, art work created from old tires, metal, wood. In the 1950s, the Zorthian Ranch was a summer camp for children. The old school bus from these halcyon days is the perfect shade of tarnished green. Lots of folks smoked pot inside of it.

Highlights of the festival included the swimming pool (!), where a young lady lost her wedding ring, and everyone was competing to find it. It was found by a very humble bearded dude, who nonchalantly handed the ring to its owner, resulting in an anticlimactic ending for all the other deep pool divers. There were adults and children in the pool, but we were all kids on this day.

There were some pretty incredible bands at the festival too. My favorites were Very Be Careful, Frank Fairfield, and RT n the 44s. The bands played on several stages throughout, but my favorite acts played on the main stage, which was raised, while everyone danced below, giving the venue a real honky tonk feel.

But the most fun was had while square dancing to the music of Triple Chicken Foot. Who would have guessed that square dancing would have been so darn fun?! There were at least 100 folks square dancing on a moonlit hill, dirt kicking up all around us. I’ve never been so intimate with so many Angelinos. We were all having a time - laughing, whooping, and sweatin’ like crazy. The last dance was a cowboy waltz. Pete led the waltz and I followed for the first time in my life. I felt like a little lady, floating in my man’s arms, but it was short lived, I eventually started leading again. I’m gonna work on it though. I could feel the dirt in my lungs for a few days after & for a while all I could think about was square dancing, especially when trying to fall asleep. I just can’t wait to dosey doe again.