I’m sure ya’ll have seen these cute pastel roller skates all over the internet, prompting women everywhere to make mad dashes to Urban Outfitters to get a pair. These adorable skates were created by Long Beach badass, Michelle Steilen, of Moxi Rollerskates. But what makes Michelle, a.k.a. “EstroJen” or “Estro” in the roller derby community, really special and super inspiring is her raw, insanely talented roller skating ability. I always have hearts in my eyes for athletic women, and I'm crushing hard on EstroJen. Check out her gnarly roller skating skills in this video for Bones bearings. I hope it compels you to get rolling; I know I’ll be dusting off my old skates. 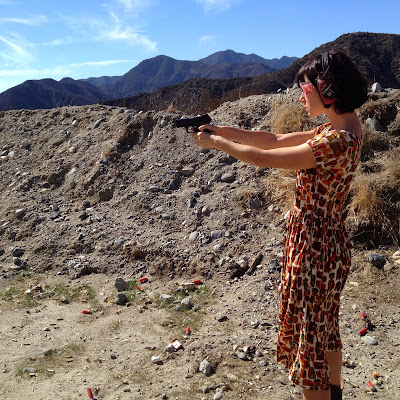 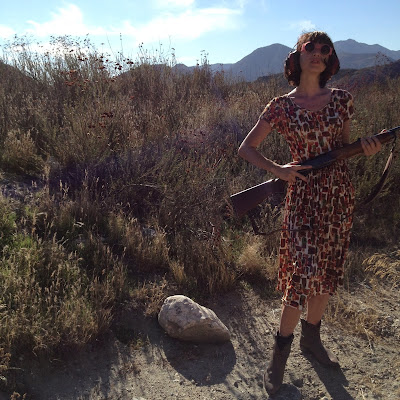 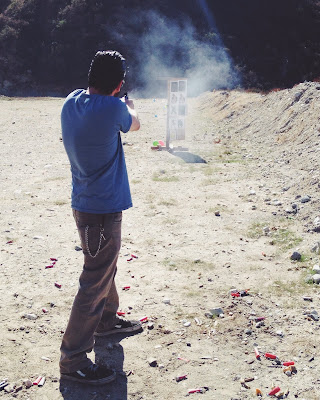 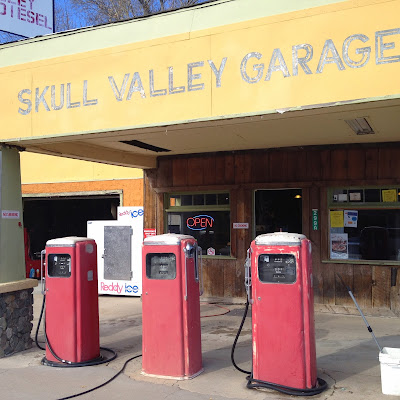 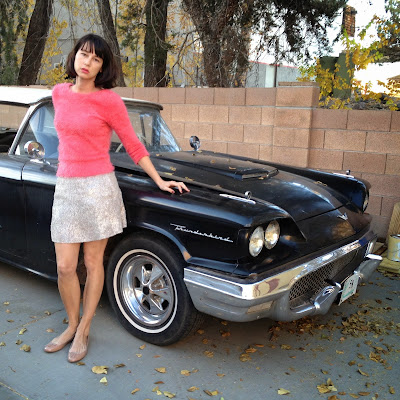 Hot dog, it's been a while since I’ve my an appearance on my blog! So here I am, stepping in for a twirl to say hello and let you know that I’ve thus far managed to avoid the winter blues by keeping busy with familiar past times (eating pie, playing dress up, antique/thrift store shopping) and engaging in some new experiences too.  A few weekends back, our friends took us to an outdoor shooting range and showed me how to shoot a .22 hand gun and rifle. Shooting guns was fun, but it made me realize I really need to get into martial arts or something because I’d rather count on my body for self defense than use a lethal weapon. I can leave the gun shooting to Pete, who, turns out, has amazing aim.

This past weekend, Pete & I drove out to Prescott, Arizona, where we experienced beautiful fall foliage and weather! (Maybe if we had a proper fall in Southern California, folks wouldn’t be trying to bring on Christmas so prematurely. God help me, the employees at Starbucks are dressed like elves!) We drove out to be with Ma for her birthday. But it was really more like my birthday because Ma took me to all the thrift stores around town, and accompanied me on my mad whirl through the many antique shops in the town square. Towards the end of our shopping spree, poor Ma got hit with some major allergies - her right eye swollen, gooey, and red. I guess Pete ain’t the only one to be allergic to my lifestyle, but he & his ma are both good sports. And I scored some really neat finds that I’ll have to show you another time. Oh, and it looks like I’m officially a motorcycle mama, as Pete bought himself a new ride (with a seat for me) while we were out in Arizona. Now, what in the heck am I gonna wear?

Well friends, I hope you are enjoying yourselves.  If you live in Southern California and like roots music, be sure to check out the Long Beach Folk Revival Festival this Saturday, where I will be selling vintage, and which is sure to be a rollicking good time. 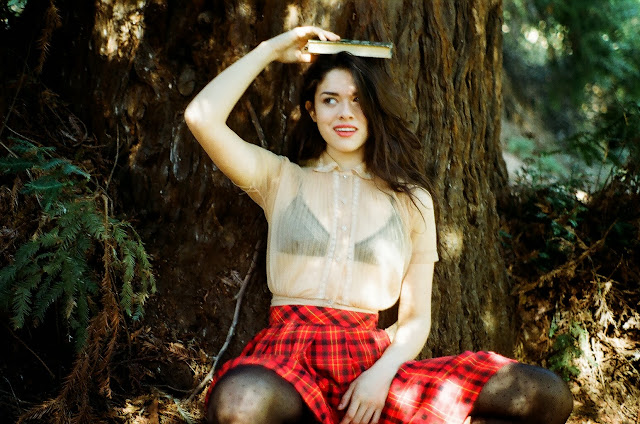 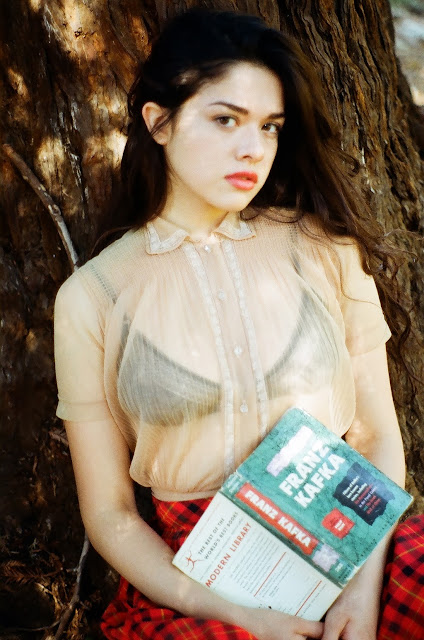 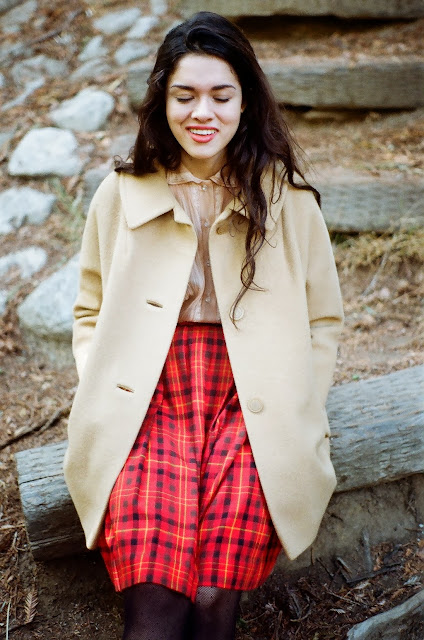 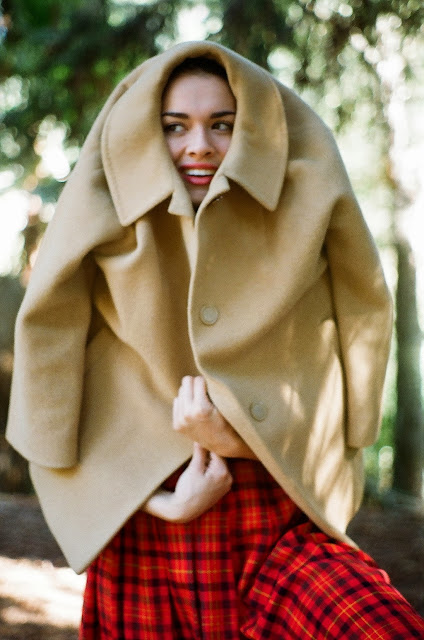 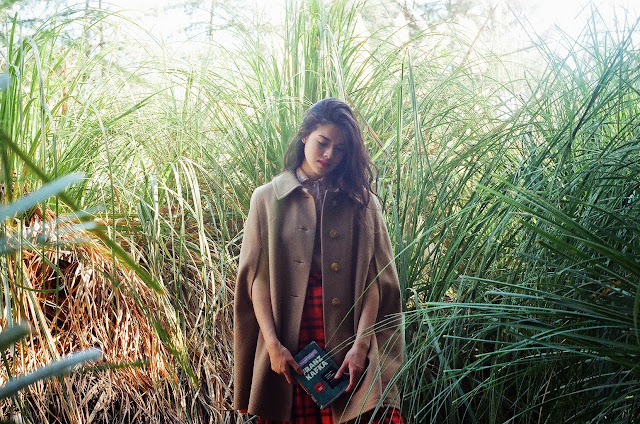 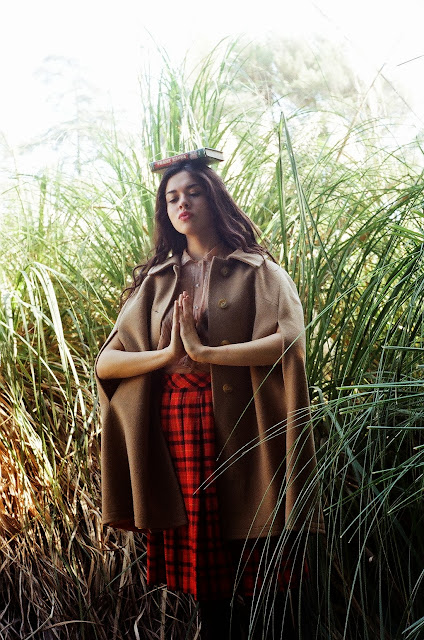 “By believing passionately in something that still does not exist, we create it. The nonexistent is whatever we have not sufficiently desired.”
― Franz Kafka

All pieces from this photo shoot are in the shop now. Photography & Styling by me. Model: Avalon Lopez
Posted by Crystal Lee at Tuesday, October 15, 2013 8 comments: 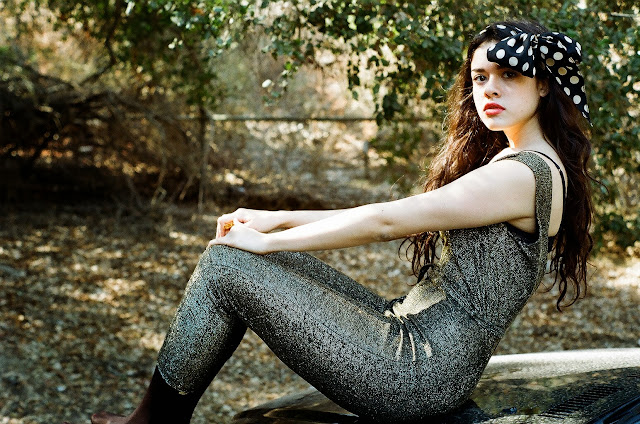 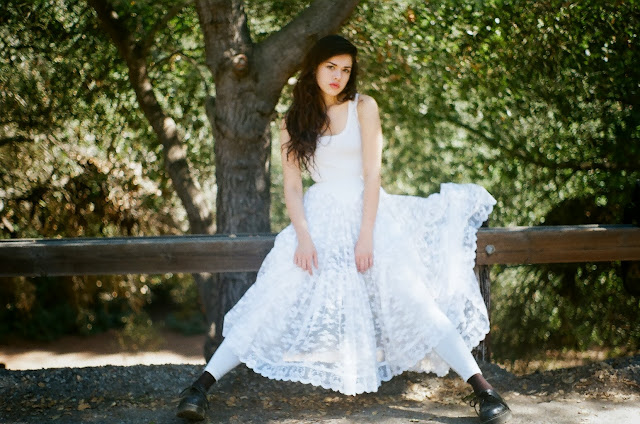 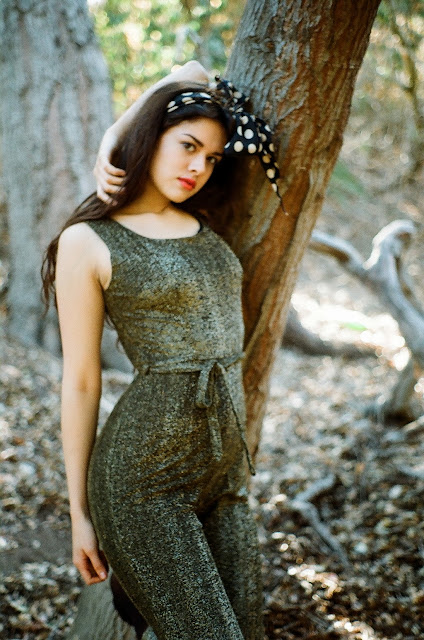 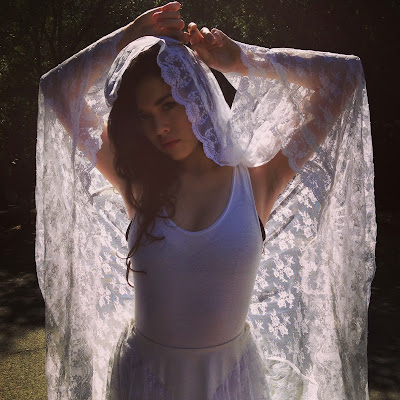 Photography and Styling by me. Model: Avalon Lopez
Posted by Crystal Lee at Saturday, October 12, 2013 1 comment:

Thank you for letting me be myself, SF 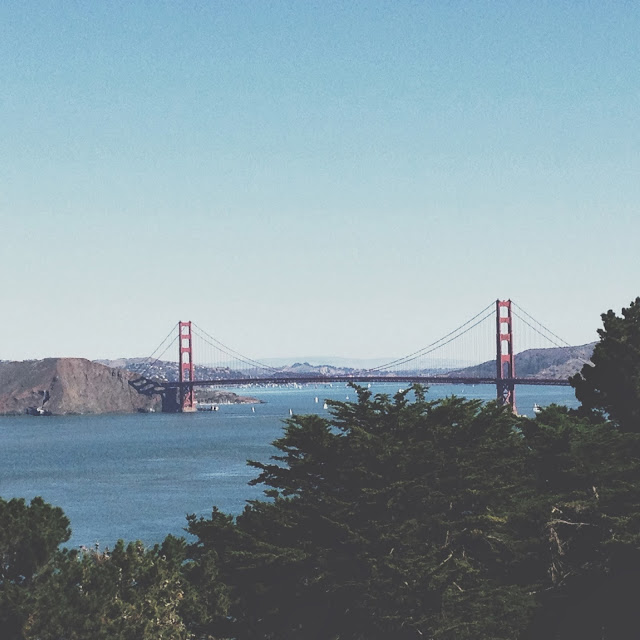 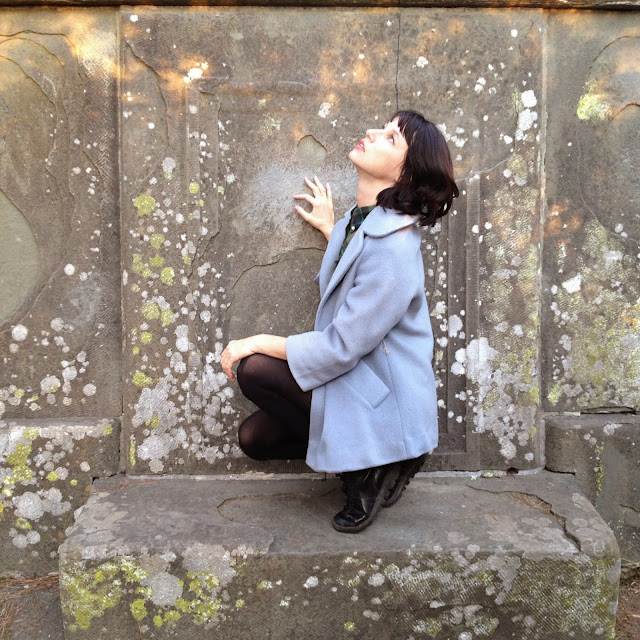 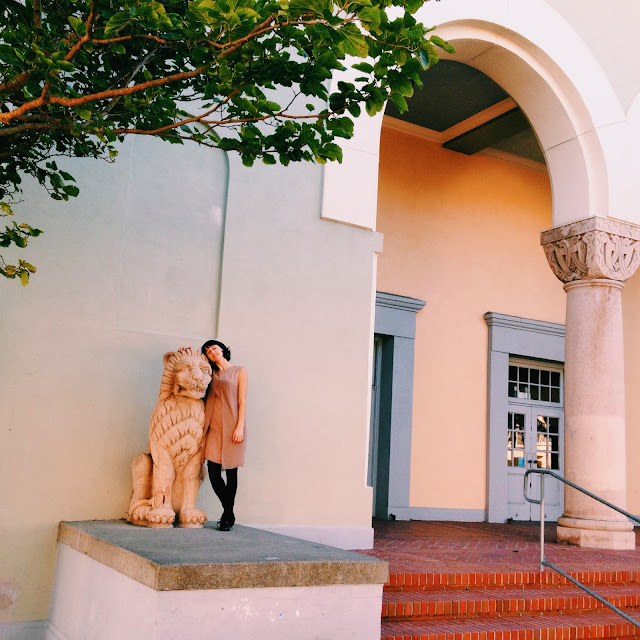 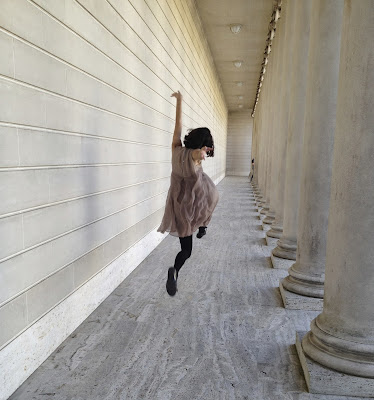 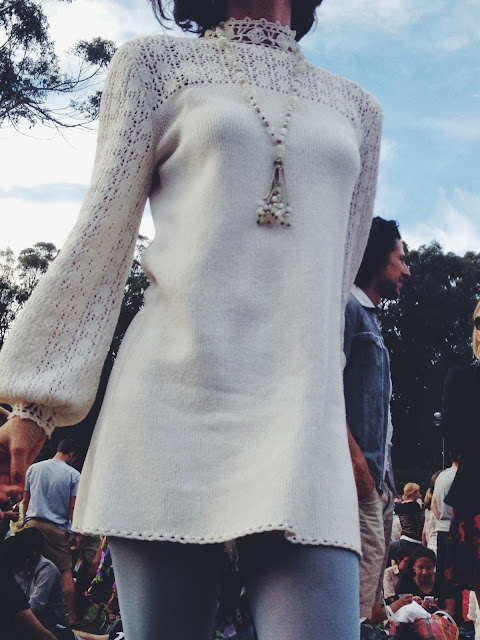 Can you believe it was over 80 degrees the whole 4 days I was in San Francisco?  I was unable to believe the weather forecast for SF, and thus packed my finest cold weather clothing. Despite being a little warm for my wardrobe, San Francisco could not have been more ideal, move giving, more welcoming. The bands that performed at the Hardly Strictly Bluegrass Fest, (which we try to attend every year), held in Golden Gate Park, were phenomenal. I most enjoyed listening to Mark Lanegan sing in his haunting baritone voice, as we sat on a tree stump on the hillside (he did an all acoustic set), dancing to Emmylou Harris (who is still the reigning honky tonk queen), and getting all teary eyed and tender hearted when Ralph Stanley took the the stage and belted out his songs in his highly distinctive high-lonesome voice (he’s 86 years old!). When we weren’t at the HSB Fest, we were walking all over town, eating yummy food, hamming it up, thrift store shopping. The thrift stores were so generous; I was giddy as can be. Gosh, I feel so free in SF. I can dance around town in fancy duds, and noone seems to give me a second look. What a town! Now if only it were always 80 degrees, and had affordable housing.

All of these photos were taken with my Iphone. I’ll admit I was pretty self-conscious about pulling out my phone every 10 minutes to snap photos. It just doesn’t have the same appeal as a 35 mm camera, and I suspect it never will (at least for me). 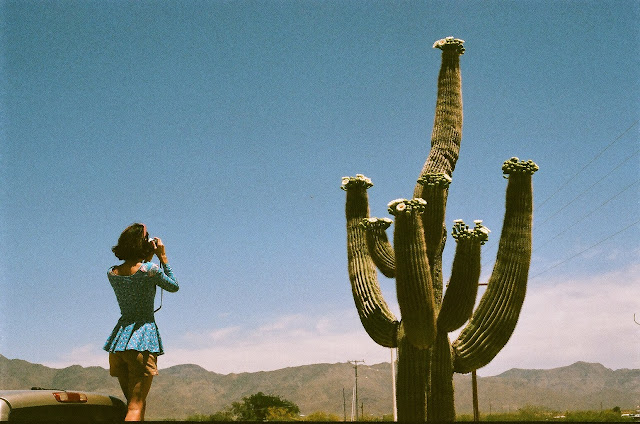 After much prompting from friends, I've finally joined the rest of the world on instagram (after purchasing my first smart phone!). Watch me as I clumsily attempt to navigate the modern technological world.  I'll be posting some never before seen (at least on this blog) film photos, snaps of my new work studio, daily outfits, shop updates, etc.,. You can also find me on Facebook, where I kind of half-ass post updates. Follow me here: Instagram, Facebook.

If you have any interest in Mississippi hill country blues, I highly recommend George Mitchell's historic photo documentary book about his time spent recording then unknown hill country artists in 1967.  His book also includes interviews with several of the musicians, who give an intimate and honest account of their personal histories. There are so many amazing photos that I would have loved to show you, but I want you to buy the book, which you can buy right here.
Posted by Crystal Lee at Tuesday, October 01, 2013 3 comments:

As far as I knew, Pete and I were gonna wing the whole wedding thing on our road trip through Mississippi. Playing up to my severely idealistic nature, Pete suggested this idea to me a week before our trip, over some wings at Buffalo Wild Wings. “Why not”, I thought, “perhaps some old blues man will marry us in a dilapidated juke joint out there.” However, behind the scenes, Pete was coordinating everything, and had been for a good month or so. 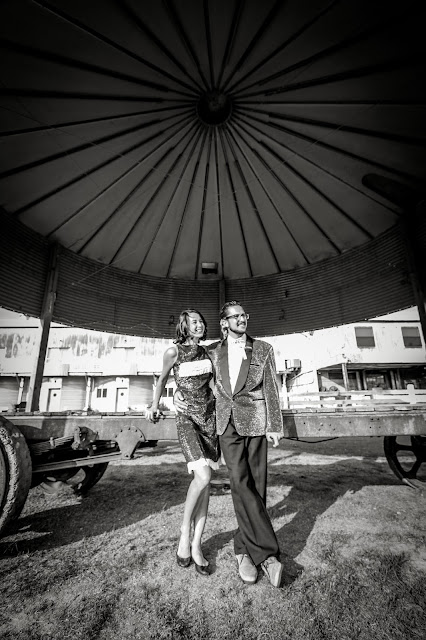 Later that night, we carried on the celebration at Po Monkey’s, one of the last standing juke joints in the U.S., open only on Thursday nights (lucky for us our wedding day fell on Thursday). It was the Fourth of July, and although we didn’t see any fireworks, fireflies lit up the dirt road that led to Po Monkey’s. Po Monkey’s, run by the charmingly bawdy Willie Seaberry, aka Po Monkey, was once a sharecropper’s shack, but has been open as a juke joint for over 50 years. Po Monkey greeted us and the rest of his guests wearing a red clown wig, railroad striped overalls, and an apron tied around the waist. When the moment was right, he lifted the apron, exposing a ridiculously large plastic floppy black weiner. This kind of raunchy humor is commonplace at Po Monkey’s, like when the dj played Clarence Carter’s Strokin”(much to my delight), or when the new friends I made joked about how I was gonna “get it on” later that night, or how there’s a picture hanging on the back of the women's bathroom door of a beautiful black gal shot from behind, wearing a tennis skirt that just happens to be tucked into her underwear. No uptight folks here, and I felt right at home, gleefully exclaiming to all “this is the stuff I daydream about.” We all danced with joy on those hard slanted wood floors until it was time to return to the Shack Up Inn to watch Kenny Brown perform (R.L.Burnside’s guitarist and adopted son). We must have caused quite a scene that night because the next day in town, everyone knew that we were the young couple that had just got hitched.

My wedding day was made even more special by the presence of my mother, who visited me that morning in a dream when we were still in our motel in Indianolo. She appeared to me with milk braids in her hair and dewy youthful skin. It had been so long since I had seen her look so radiant. She told me that she was happy and that she was with someone who loved her unconditionally. I woke up overwhelmed with emotions, and grateful in the knowledge that my mother was as happy in heaven as I was on Earth.